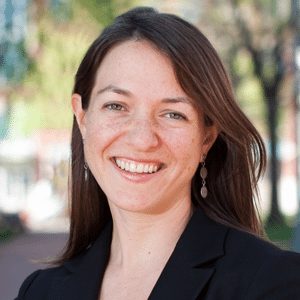 She has worked with several human and immigrant rights organizations in the U.S., Latin America, and in the Middle East. Her immigration and refugee experience includes handling cases on behalf of immigrant women and girls fleeing gender-based violence at the Tahirih Justice Center in Washington, D.C., and on behalf of Iraqi refugees while working with the U.N. High Commissioner for Refugees in Amman, Jordan. During law school, she worked at the Inter-American Commission for Human Rights, and Foley Hoag Law Firm, focusing on international arbitration and corporate social responsibility.

Tabak’s academic interests include international law, transitional justice, refugee, immigrant and human rights, and gender rights, and she has published and presented widely on these topics. She has written or edited several human rights reports for submission to the United Nations documenting LGBTI human rights concerns, and has also served as an expert witness in U.S. immigration court in LGBTI cases. In 2002, she was a Fulbright Scholar in Cochabamba, Bolivia, where she conducted independent research on migration, human rights and development.

In addition to her teaching in U.S. law schools, Tabak has also taught Spanish-language courses on human rights and clinical legal education in Colombia, as well as an introductory course to U.S. Civil Procedure for Latin American attorneys.