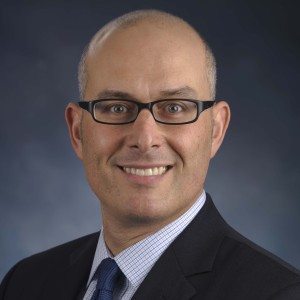 Jonathan Todres, professor of law, researches and writes on a range of issues related to children’s rights and child well-being. Todres has published extensively on child trafficking and related forms of child exploitation, economic and social rights issues, legal and cultural constructs of childhood, and human rights in children’s literature. He co-authored a book, Human Rights in Children’s Literature: Imagination and the Narrative of Law, published by Oxford University Press in 2016.

Todres serves as a regular advisor to nongovernmental organizations working on legislative and policy initiatives to address child trafficking and other children’s rights issues. He is Child Rights Advisor to ECPAT-USA (End Child Prostitution and Trafficking) and a board member of the Georgia Asylum and Immigration Network. Todres is also a Fellow of the American Bar Foundation.

He has served on three committees of the National Academies of Sciences, Engineering and Medicine: the Committee on Biological and Psychosocial Effects of Peer Victimization: Lessons for Bullying Prevention (2015-2016); the Planning Committee on Increasing Capacity for Reducing Bullying and Its Impact on the Lifecourse of Youth Involved (2014), and the Committee on Commercial Sexual Exploitation and Sex Trafficking of Minors in the United States (2012-2013). Todres also served as chair of the AALS Section on International Human Rights in 2015 and chair of the AALS Section on Children and the Law in 2013. He has held several leadership posts within the ABA Section of International Law, including chair of the Section’s International Life Sciences and Health Law Committee and vice chair of its International Human Rights Committee.

Todres received his J.D. from Columbia Law School, where he was a Harlan Fiske Stone Scholar, and his B.A. (with high honors in International Development) from Clark University, where he was elected to Phi Beta Kappa. Prior to attending law school, he worked for a number of years in international development and served as a U.S. Peace Corps volunteer in Thailand.

Todres is a member of the Center for Law, Health & Society and teaches Human Rights and Children, Public Health Law, Torts, and Family Law.